The physical infrastructure of a location is a critical indicator of its real estate appreciation in the future. Highways and good roads provide better accessibility and connectivity to adjoining and far-flung areas. A city like Pune which is expanding exponentially is sprucing up its infrastructure to facilitate better business opportunities and a comfortable life for its existing residents. The upcoming Pune Ring Road project is another step of the Maharashtra Govt. to ease traffic issues and provide better infrastructure to the upcoming industries in the area.

The Pune Ring Road project was envisioned to ward off traffic issues of the burgeoning population of Pune suburbs. Pune has emerged as an employment & academic hotspot for people in India and abroad. The immense opportunities that the city offers have led to a thick migrant population in Pune. While there has been a great deal of development in terms of residential and commercial properties, industries, etc., there is much scope for infrastructural development which is buckling down with traffic issues.

There are three prominent highways around Pune – NH-4, NH-9, and NH-50. While Pune enjoys excellent connectivity with adjoining areas through these, there is a traffic menace that the city faces owing to the increasing population. There is a need to upscale infrastructure to ease the crumbling situation and road overuse. The Pune Ring Road project will address this grave issue.

Apart from traffic concerns, the Pune Ring Road project will also support business and tourism in a big way in the coming years. Popular for education and IT, Pune is also fast-emerging as the manufacturing hub of India. To support seamless operations for the business, good roads play a pivotal role. Highways and prominent roads bring with them considerable commercial and residential development.

Pune Ring Road will give a huge boost to the real estate of adjoining areas where it passes through. 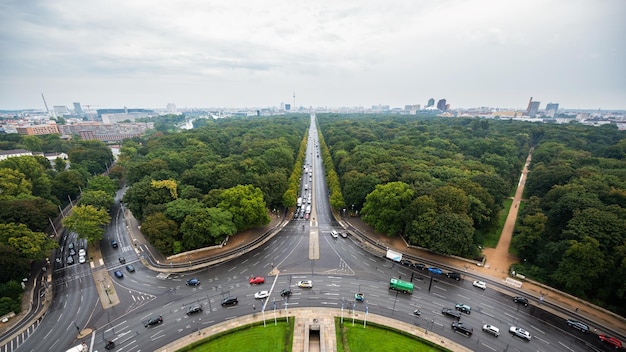 The Maharashtra State Road Development Corporation Limited (MSRDC) envisaged the Pune Ring Road project in 2007. With the projected development in the area, this project may even serve as an economic corridor in the region. Pune Ring Road will be a six-lane 128 km stretch.

The project will cost around Ru 17,000 crores. The Central Government would contribute three-fourths of the total expenditure. The PMRDA would provide the remaining amount.

The Pune ring road route will cover 29 villages across the city and will also connect some prominent highways- Pune-Nashik, Mumbai-Pune-Solapur, Pune-Ahmednagar, and Pune-Satara.

To be developed in a phase-wise manner, there will be four phases in all. Let us see how the ring road routes will be developed across Pune.

Impact of Pune Ring Road on the Real Estate Sector

Improved road connectivity directly impacts the real estate growth of the area. When an area has good accessibility and connectivity to other areas of the city, a residential or commercial project sells quickly. After all, when we buy a house or a shop the least we would want is a good road to enable an easy commute.

Pune Ring road will bring with it immense development on the stretch right from commercial and residential properties. In fact along the ring road stretch, many residential and commercial projects are either planned or are already coming up. Along with homes and offices, slowly recreation and entertainment centers will also come up in a big way.

The real estate prices will go up as the project progresses. As per the Pune ring road latest news 2022, the land measurement of 37 of the 47 villages on the eastern part of the proposed ring road has been done; in the western part, the process of land acquisition has already begun. MSRDC has also looking to improve Pune’s connectivity to Nashik via Pune Ring Road.

The Pune ring road project is poised to bring phenomenal development in the real estate sector of the city! Punekars get ready for fewer traffic issues and better connectivity!