Senior citizen housing is undoubtedly the best investment for your old age in these age and times. There is a steadily growing community of retirees today, who are opting to move to peaceful, less polluted areas and buying residential apartments in Tier-II and Tier-II cities too other than metros. These senior retirement homes offer amenities as per their requirements along with the security of an assisted facility and the comfort and companionship of living alongside other seniors. The range of flats include those that provide affordable independent living for seniors and also premium projects with assisted medical facilities including nursing and hospitalization facilities.

These senior projects help seniors enjoy dignity, choice, freedom and independence in an engaging and fun filled atmosphere. Such projects usually provide a variety of facilities for recreation and socializing, including a clubhouse, health club or gym, facility management services, squarely focused on the needs of the elderly.

Which City to Pick?

There’s no one best city that may work for all retirees. There are several factors to consider – finances, healthcare, proximity to family, amenities, preferences and more. Ultimately, the choice is a highly personal one. Make sure to consider the pros and cons of each city and pick the right retirement destination that makes it possible for you to enjoy the golden years of your life in peace and happiness.

Chandigarh is truly senior citizen’s haven; flanked by Mohali and Panchkula on either side, it is the first planned city in the country. Well connected by road and rail (metro transport is also on the cards for the city). It also features a domestic airport with an international airport in tow. Its proximity to Delhi is an added advantage.
Chandigarh boasts the highest per capita income in the country, and relatively low crime rate. Evening walks, especially during spring-time are pleasant, the city’s residents take special pride in their gardens, which are in full bloom during this season (Rock Garden and Zakir Hussain Rose Garden); one can even frequent Sukhna lake.

2. Pune
Pune is an emerging residential and commercial hub of India. One of the many things that makes Pune an ideal city to live in after retirement (including the easy connectivity to Mumbai), is its all-year-round salubrious climate.

Pune is witnessing huge demand for senior citizen housing. There are various projects from developers offering affordable housing and premium projects for senior living. The city has lower cost of living and boasts of premium medical facilities too. For the avid explorer, the city’s parameters are dotted with a plethora of hill stations and beaches alike. It has been observed by many agencies that Pune is among the 10 cities in the country that are sought after by senior citizen for housing projects. 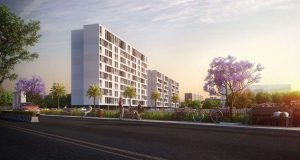 The second largest city in Tamil Nadu, Coimbatore has allegedly emerged as one of the top retirement cities in the country. Nestled near the majestic Western Ghats, Coimbatore has pleasant climate all-round-the-year.

With large parcels of land available at affordable rates away from the city center, Coimbatore has seen the rapid development of retirement communities. Cosmopolitan culture, low cost of living, low pollution, uniform climate through the year, good connectivity and rapid infrastructure growth make Coimbatore an ideal retirement destination.
The city is connected by three national highways, rail and an international airport (there are plans to upgrade it soon). Other proposed infrastructure development includes a ring road and a monorail system.

Bhiwadi is an upcoming destination offering quite a few projects for senior citizens. Though technically located in Rajasthan, Bhiwadi’s strategic location on the NH8 highway makes it a great choice for retirees in the NCR region. It’s located just 40 kms from Gurugram, 60 kms from Faridabad and 55kms from the Indira Gandhi International Airport.

The cost of living in Bhiwadi is lower compared to Gurgaon, Noida, Delhi, and has similar social infrastructure as these. Green spaces, well-laid roads, a large number of private hospitals, nursing homes, and clinics make Bhiwadi an excellent choice for retirees. The projects are more affordable at Bhiwadi making it attractive for seniors looking to purchase their retirement homes.

The pink city, Jaipur is a bustling tourist center and a commercial zone all wrapped into one, offering all the amenities and facilities of a metropolitan city.

Congestion-free roads, ample parking facilities, expansive open areas, plenty of health clubs, a vibrant dining scene make Jaipur one of the top destinations for retirees not just from India, but also overseas. A large number of seniors from the UK, USA, and other countries prefer Jaipur to spend their retirement years. It is connected by road, rail and air to all domestic destinations. International air connectivity is limited to some cities in the Middle East.

One of the most offbeat destinations to retire, Dehradun is a city, yet unlike any of the commercial ones. It is surrounded by picturesque hills, offers salubrious climate through the year. Since the city is still not exposed to urbanization, the real estate rates are much lower as compared to other cities. It has also become attractive for senior citizens, especially after the construction of a luxury retirement home that also features two hospitals.

It has some of the reputed educational institutions of India like Doon School, Welhams School, Indian Military Academy, Forest Research Institute, etc. It has some of the best healthcare facilities, good roads, big malls selling top brands, etc. Its proximity to the hill stations of Uttarakhand and holy towns of Haridwar and Rishikesh and char dham make it a popular choice of retirement city by many senior citizens. It is a peaceful place with many Tibetan temples and Buddhist monasteries.

The city also has a network of hospitals spread throughout, which makes health care both accessible and affordable. It also has a low crime rate.

The Silicon Valley of India, the ever-buzzing Bangalore may not be the first destination that comes to mind when considering retirement. However, the biggest benefit of retiring in Bangalore is that you have a plethora of medical institutions offering world-class healthcare all around the city and so also pre. With efficient and modern commercial and social infrastructure, Bangalore makes it easy to make friends, even after retirement. You also get to enjoy pleasant climate throughout the year.

A large number of senior citizens today are independent, well-travelled, financially stable and socially connected. They have every right to decide how they want to live in their golden years. Make a choice in keeping with your requirements and keep this list handy!